The inverter is the heart of every photovoltaic system. The quality of the inverter determines not only the amount of electricity produced from the sun, but also the safety of the home installation. Without the inverter, a PV installation cannot work, so it is worth choosing a durable device that works reliably for the entire life of the panels. Here is a 2021/2022 ranking of photovoltaic inverters.

What is an inverter in a photovoltaic system?

The reason why an inverter is essential in a photovoltaic system is because of the need to convert current. The direct current (DC) produced by the photovoltaic modules must be converted to the alternating current (AC) used in domestic installations. A high-quality inverter not only converts the current, but also maintains its correct parameters. A stable sinusoidal wave of 230/400 V 50 Hz ensures the operational safety of the household electrical appliances and does not shorten their service life. The quality of the inverter also determines how much current can be generated. Contrary to what may seem true, this does not only depend on the current weather conditions or the total output of the panels. It is largely dictated by the efficiency of the inverter used. What is important here is not only the ability to process peak energy, but also the wide window of power production. The earlier in the day the inverter starts producing energy and the later it stops working, the more electricity can be produced. In Polish conditions, this can be more important than the yield on the few sunniest days of the year.

What to look for when selecting an inverter?

The parameters of a photovoltaic inverter are very important, but the starting point is always the reputation of the manufacturer. It is the quality of workmanship and protection of the device that determine how it will operate. The inverter should retain its parameters for many years, so it is not worth being guided only by numbers. Tests of efficiency, reliability and effectiveness, supported by positive experiences of installers and users, are very important. In our ranking, we have included the best manufacturers whose devices have proven themselves in real life. See the ranking of photovoltaic inverters 2021/2022.

Important features of an inverter for a photovoltaic system:

Inverter power – should be about 80-95% of the total power of the installed photovoltaic panels. The nominal power of the inverter determines the amount of power it is able to deliver to the grid. Inverters between 1.5 and 10 kW are most commonly used in domestic installations, but in some cases a more powerful device will be needed.

Inverter efficiency – The efficiency of an inverter is defined as a percentage. The efficiency of the inverter tells us how much of the direct current produced by the panels is converted into alternating current. Modern models achieve around 98% efficiency. The remaining 2% is energy loss in the form of heat.

Number of MPPTs – Maximum Power Point Tracker is a device which tracks the maximum power point of photovoltaic panels. Thanks to it, the installation can work more efficiently and produce up to 20% more electricity. PV panels connected in series are connected to one MPPT device, however in some cases it is necessary to use several (usually two) devices. This is especially true for installations distributed on different roof slopes, e.g. east-west.

Cooling function – the inverter heats up during operation, which is a source of energy losses. It is therefore necessary to use cooling (conventional or active) and to install the inverter in a ventilated place. When purchasing, it is worth checking the maximum noise level of the cooling fan.

Warranty – the longer the manufacturer’s warranty, the better. Depending on the inverter manufacturer, it is usually between 5 and 12 years. However, in most cases it is possible to extend the warranty for a fee and even up to 25 years. In addition to the warranty period, the speed and smoothness of the procedure is also important.

Protection and safety – the safety of the installation’s use is mostly influenced by the applied shock and surge protections. Equally important is the resistance of the inverter itself to external conditions. The standard protection class is IP65 against water and dust. The most durable models have IP66 protection.

Monitoring of the photovoltaic system – modern inverters make it possible to monitor electricity production on a smartphone. This makes it easier to control the current operation of the installation, as well as to keep track of archived records. A sudden drop in power production may mean that the PV panels need cleaning.

Inverters of the global giant in the photovoltaic industry are extremely popular, so the first place in the ranking is fully deserved. Huawei inverters, drawing on more than 30 years of experience, are a guarantee of quality and durability. The devices are covered by a 10-year warranty which can be extended to 20 years. The Chinese manufacturer is known primarily for its reliability, as well as the implementation of intelligent energy management systems. On the plus side, it is worth mentioning the convenience of monitoring of energy production, as well as the attractive design of the inverters.

FoxEss inverters also achieved a high position in the ranking. This brand is known not only for producing excellent inverters, but also energy storage. As a result, FoxEss inverters are ready to be expanded with current storage devices. The company has been active in Poland since January 2021, but it has already managed to win the trust of installers. The most frequently mentioned advantage is a very quiet operation of the device, so the inverter can be installed even near a bedroom or living room. The long warranty – 12 years – is also worth mentioning.

Sofar Solar is one of China’s top 5 inverter exporters. Founded in 2012, the brand is particularly popular in Asia, but has been expanding widely in Europe for several years. For private use, the company offers inverters ranging from 1 kW to 7.5 kW. Commercial applications, on the other hand, are supplied with inverters ranging from 10 kW up to 255 kW. Hybrid inverters from 3 to 20 kW are also available in the manufacturer’s range. The efficiency of Sofar Solar devices is 98%.

The Austrian company Fronius has been in business since 1945. It stands out for its premium quality and exemplary customer service, which is important for the warranty. Unfortunately, the standard warranty in Poland is only 5 years. However, it is possible to extend the warranty to 20 years for a fee. Fronius inverters, which have been offered since 1992, are characterised by high reliability and stand up well to the passage of time and operation in harsh conditions. In the PVEL 2019 reliability tests, the inverters from the Austrian brand received the TOP PERFORMER award.

Fifth place in the ranking was taken by inverters from the Israeli company SolarEdge. The company is known for popularising power optimisers, for which it offers a 25-year warranty. The inverters themselves, on the other hand, are covered by a 12-year protection period, which can be extended to 20 or 25 years. Noteworthy is the high efficiency of the inverters of the order of 99%, obtained thanks to optimisers connected to each panel. They limit losses resulting from dirt or shadowing of the panels. The downside of this solution is a more complicated design, which can affect reliability.

Ask for a wholesale offer of photovoltaic inverters. CONTACT US! 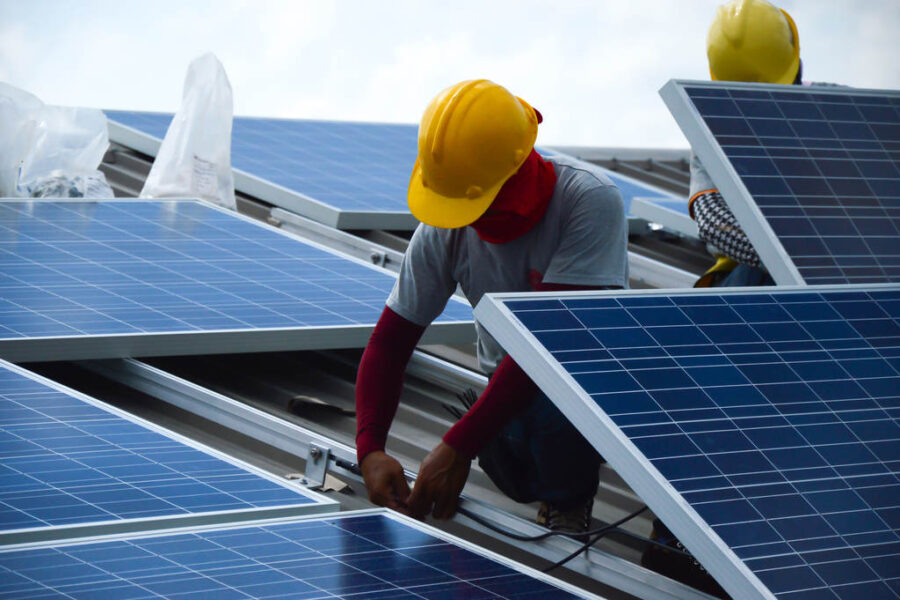 Which photovoltaic panels to choose? 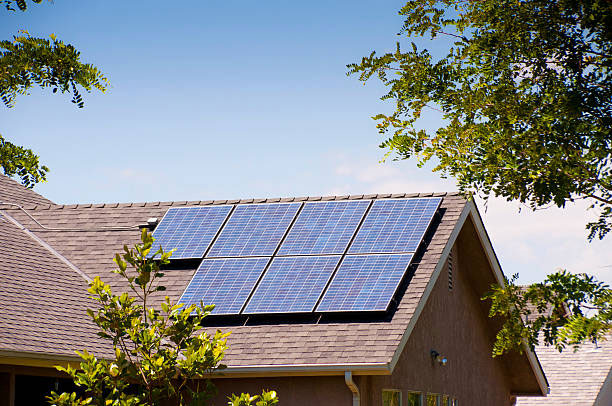 What are bifacial photovoltaic panels? 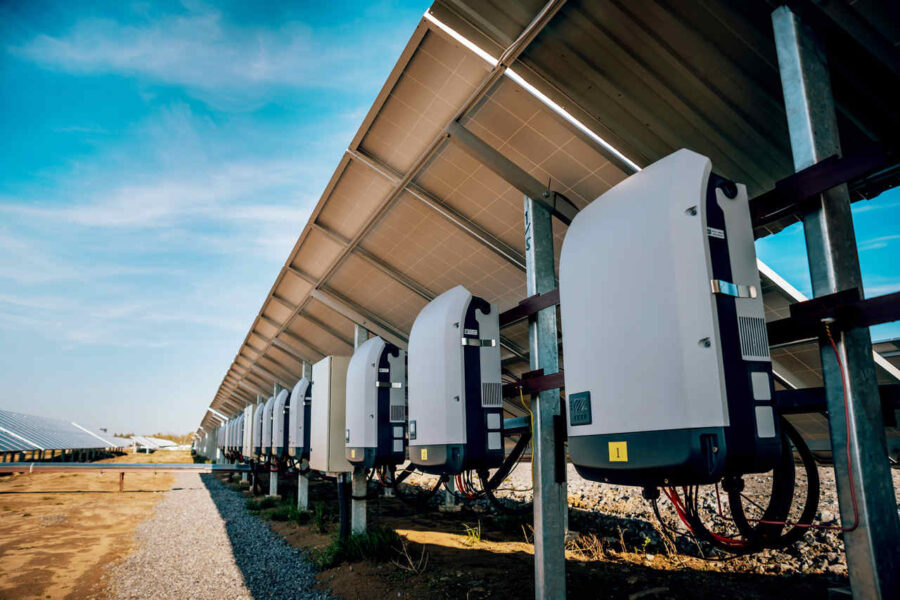 What is a photovoltaic inverter?

Do you have any questions?

Register in our warehouse and get access to lower prices